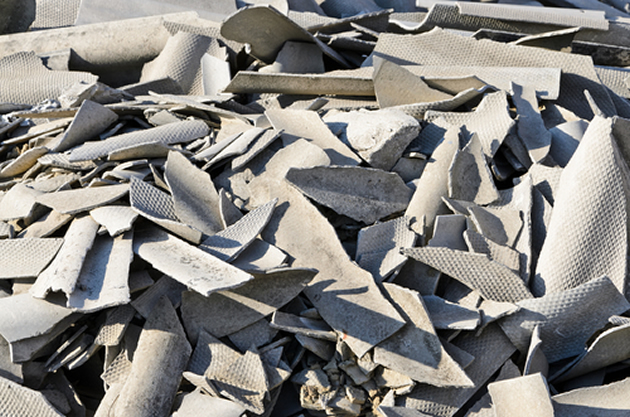 Have you ever wondered if your home contains asbestos?

Most homeowners don’t. They assume that asbestos was only used in commercial buildings, factories, and institutions like schools and hospitals with miles of hot water piping and heating ducts.

Up until relatively recently, asbestos was used in many building materials that were used in residential home construction. Asbestos fibres were chopped up and mixed into drywall mud, vinyl flooring, popcorn ceilings, acoustic ceiling tiles, paint, and concrete. The fibres acted as a binder and strengthening agent, and also added an element of fire resistance. The Zonolite brand of vermiculite insulation that was commonly used until the late 1970’s also contained naturally occurring asbestos.

If you’re planning a renovation and will be moving walls around, tearing up flooring, or removing a popcorn ceiling, it’s a good idea to have the places where asbestos is usually found in homes tested for its presence. A renovation can cause building materials that contain asbestos to be ground up into fine dust and release asbestos fibres into the air in the home where it can settle on every surface.

If asbestos is found in building materials that will be disturbed, it should be removed properly to eliminate the possibility that it will be released into the home environment.

If you’re planning to renovate a home in Calgary and it was built before 1990, make sure that you know if it contains asbestos. Contact Amity Environmental, Calgary asbestos removal and inspection specialists to arrange for testing.