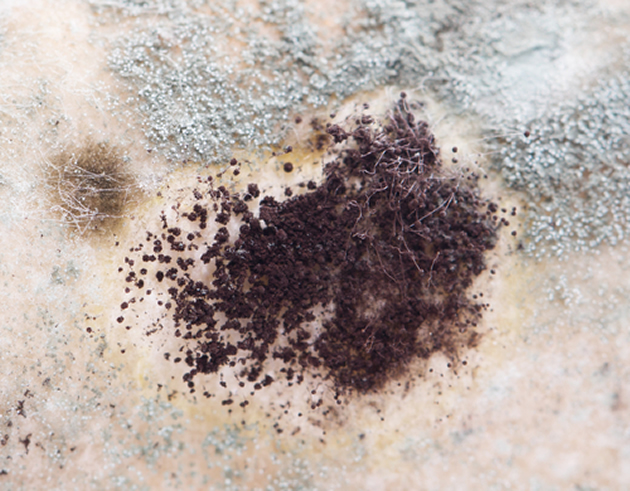 When it comes to fungi growing inside your house, it may seem unimportant which sort you have. Whether it’s mushrooms blooming through the carpet, mildew on your drapes, or mould growing on your roof, most people just want the fungi gone and quickly! However, there are some differences that are useful to keep in mind.

While how exactly moulds differ from mildews often feels up for debate, there are some things that are usually consistent. Mildew is regarded by most people as a type of mould. Some regard it as its own species; others look at is as an early stage in mould development. Either way, mildew is usually described as being white and powder. Mould on the other hand often has a fuzzy or slimy appearance and comes in almost any colour.

The level of danger posed by each also differs. Certain varieties of moulds create mycotoxins. These nasty chemicals can cause neurological problems and even death in people who have had long exposure. Mildew in comparison is rather benign. However, people with allergies and other respiratory weaknesses may find the spores from either to cause some problems. Mushrooms, like mildew, rarely have toxic side effects on the people living near by, but we hope it goes without saying that you should never eat them.

Another difference, is your ability to deal with these fungi pests on your own. Commercial mildew cleaning products exist and actually work fairly well. Mould and other fungi are a bit more resilient though, and they often require a professional hand to eradicate. Of course, it’s important to remember that if the humidity, leak, or condensation problems that allowed the fungi to flourish in the first place aren’t repaired, then the pests will continue to return and cause problems.

If you have a problem with mould or mildew in your Calgary home, it’s important to remember that the surfacing fungi are only half of your problem. Leaks and humidity aren’t going to go away on their own, so contact the professionals at Amity Environmental. We’ll help remove the mould and explain what you need to do, so it never comes back!