Asbestos is the name for a group of naturally occurring silicate minerals and rocks that can be separated into fibers. The fibers are strong, durable, and resistant to heat and fire. They are also long, thin and flexible, so that they can even be woven into cloth. 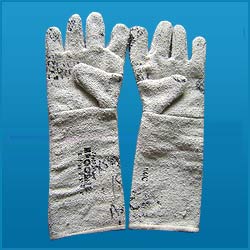 Because of these qualities, this material or rock has been used in thousands of consumer, industrial, maritime, automotive, scientific and building products. During the twentieth century, some 30 million tons of asbestos were used in industrial sites, homes, schools, shipyards and commercial buildings in the North America, there are specific communities in Calgary where we have found asbestos to be prevalent.

There are several types of asbestos fibers, of which three have been used for commercial applications:

Amosite and crocidolite are called amphiboles. This term refers to the nature of their geologic formation.

Other asbestos fibers that have not been used commercially are tremolite (insulation), actinolite (vermiculite insulation) and anthophyllite, although they are sometimes contaminants in asbestos-containing products.

It should be noted that there are non-fibrous, or non-asbestiform, variants of tremolite, anthophyllite and actinolite, which may not have the same adverse health consequences that result from exposure to commercial forms of asbestos.

Why is asbestos still a problem?

Asbestos is still a problem because a great deal of it has been all over North America, because many asbestos-containing products remain in buildings, ships, industrial facilities and other environments where the fibers can become airborne,  because of the serious human health hazards of inhaling asbestos fibers. For more information check out www.asbestos.com.