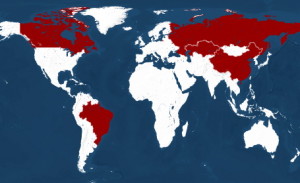 When it comes to asbestos here is some interesting news; the advice of the U.S. Environmental Protection Agency can be summed up in three words: Do Not Disturb. The highly toxic building material poses no threat to those who must co-exist with it — including many homeowners whose homes were built before the substance was phased out of use in the 1980s — so long as it is not damaged or disturbed in any way. But anything that causes asbestos fibers to break off and scatter into the air, even in minute quantities, creates a serious health threat for anyone near it.

An estimated 400 tons of asbestos was used in the construction of the World Trade Center. And when you consider that even a homeowner who wishes to do simple remodeling must take precautionary steps if asbestos is present, the impact of having the asbestos-filled Twin Towers crumble to the ground is staggering to imagine. 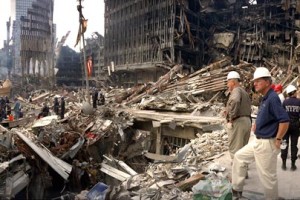 According to the EPA, the asbestos that rained down on New York City on 9/11 was not just damaged, but pulverized into dust, permeating the air that would be breathed by everyone in and around Ground Zero. One nearby building was found to contain asbestos levels 110,000 times the legal limit.

It is no wonder, then, that within five years of the terrorist attack, rescue and cleanup workers began to develop asbestos-related lung diseases such as mesothelioma at an alarming rate. (According to the Centers for Disease Control, these diseases may take 20 to 50 years to develop after exposure.) Yet, it was not until 2012, when other types of cancer were added to the official list of 9/11-related diseases, that mesothelioma victims became eligible for assistance under the 9/11 Victim Compensation Fund.

Contact a certified professional before you disturb any materials in your home :www.amityenvironmental.ca