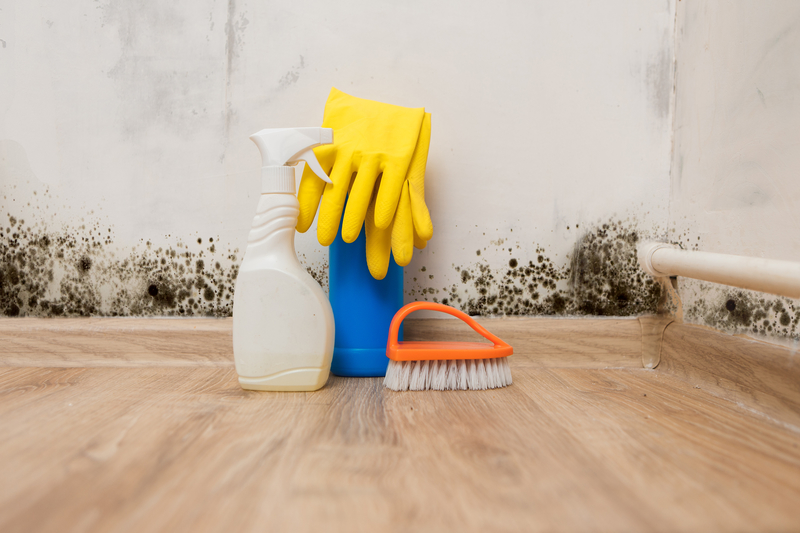 We write a lot about DIY mould removal myths. Commonly we’ll talk about how bleaching mould won’t work. However, we realized that this may be a bit confusing for some homeowners. After all, while bleach isn’t a particularly good fungicide, it does usually do the trick and kill the surface mould. But there’s the problem: it only kills the surface mould.

If you’ve ever plucked the leaves off a dandelion, you understand that killing the top and leaving the root doesn’t accomplish anything. Moulds may be more closely related to animals than plants, but in this respect they’re very plant-like. Using bleach to kill the surface mould isn’t going to be a long term solution to your problem.

The Heart of the Problem.

The fact of the matter is that even if you did completely kill the mould and its roots, you’d still have a mould problem. This is because just killing mould doesn’t address the conditions that allowed the mould to grow in the first place. It’s a little like picking up your dog up from the pound without fixing the hole in your fence. Sure, the dog is home for now, but it’s only a matter of time. If you aren’t working with mould experts to find the source of humidity, the mould will just come back again and again and again and…

Leave it to the Professionals.

Working with mould removal experts brings homeowners several benefits. First, we’ll completely kill all the mould down to the roots and remove all mould-contaminated surfaces like drywall or carpet completely from your home. This way you can be certain that the mould won’t release spores that will contaminate new surfaces. Second, we’ll give the area a thorough inspection to figure out what went wrong. We’ll give you a long list of recommendations such as having a plumber replace leaking pipes, adding more ventilation to your kitchen, using your bathroom fan, etc. These recommendations present the steps you need to take in order to prevent mould from ever coming back. If you don’t implement the changes, you’ll likely have more mould issues in the future.

There are many ways to kill mould, but there’s more to protecting your home from mould than simply killing what’s already there. Mould permanently damages the materials it contaminates making them structurally unsafe. It also releases spores and toxins that make people ill. This is one job you need to leave to a professional. If your home has mould, give the expert mould removers at Amity Environmental a call today. We’re here to help.