There are several ways that mould can get inside of our bodies. The most common three ways are inhalation, ingestion, and absorption through the skin. Absorption through the skin is the least common of the three and usually results in specific fungal infections such as athlete’s foot. Ingestion occurs from eating contaminated foods or otherwise swallowing mould. Inhalation is the most common and involves breathing in mould spores. 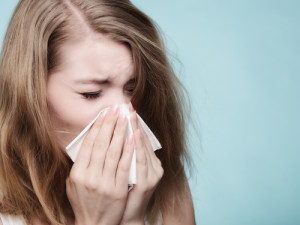 Allergic Responses are the most common result to mould exposure. Most moulds are not poisonous or toxic on their own (though many create harmful mycotoxins) and in healthy people, most immune responses are simply allergic. Sufferers can expect to have symptoms like runny nose, itchy eyes, redness, wheezing, and skin irritation. Since most ill responses to moulds are caused by allergies, everyone has a different exposure threshold before becoming ill.

Those most at risk include the young, elderly, and those with a pre-existing lung or respiratory weakness. Some research has even linked early mould exposure with potentially triggering the development of asthma in children who already have a genetic predispositioned susceptibility. It was suggested that reducing mould exposure for this group of children lowers their risk for both morbidity due to asthma and future respiratory problems. However, more research is necessary.

Vulnerable Persons unfortunately can have a lot more potential issues than just the snivels and feeling under the weather. In those with compromised immune systems or respiratory weakness, fungal infections can take hold within the lungs. Long term mould exposure can also develop into hypersensitivity pneumonitis in those with increased susceptibility to the disease. This allergic response causes an inflammation in the lungs and can develop into bronchiolitis and eventually pneumonia or interstitial fibrosis.

Mould can cause a lot of problems. It weakens our homes so that the structures are unsafe, and it can make ourselves, our families, and our pets sick. The only way to deal with mould in the home is to call the Calgary mould experts at Amity Environmental. We’ll be happy to answer any of your questions and help you work through any mould problems in your home. Call us today at 587) 892-7920.