Navigation
Posted on January 04, 2016 by team in Amity Environmental | Comments (0)

At Amity Environmental, we work with some nasty stuff. Both asbestos and mould are dangerous for adults, but they’re particularly harmful for children. Children (and seniors) have weaker immune systems than the average adult, so both are at an increased risk when mould is left unchecked. Asbestos, on the other hand, can scar the lungs of an individual at any age, so asbestos should never be left where it can cause harm. Long term exposure to any variety of asbestos generally leads to lung cancer, but the effects of different moulds on children can differ quite a bit. 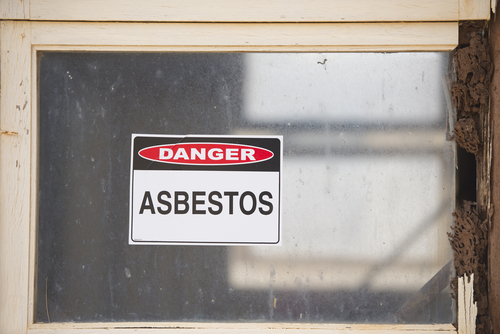 Asthma has been studied frequently over the years. Scientists and doctors were interested in what was causing asthma to develop in children, so they decided to study mould exposure. Experts had known for a long time that mould causes respiratory infections and cold-like symptoms in otherwise healthy individuals (and especially children). They also knew that mould also aggravates asthma in those diagnosed with the disease. However, more recently researchers found evidence that living with a high concentrations of indoor mould spores is likely to be one of the causes of childhood asthma.

We’ve talked a lot about the dangers of mould. One of the big ones is mycotoxins. Mycotoxins are fungi spores that have a dangerous effect on people and other non-human animals. In general, healthy adults are affected the least, and individuals with weaker immune systems like children and seniors are the most at risk. Just as there are hundred of thousands of moulds, there’s a huge variety of mycotoxins. Some are carcinogenic and others can lead to kidney failure. Ergot poisoning (if you find weird disease interesting, that’s a fun one to look up) is a historically relevant disease caused by mycotoxins on rye. Other moulds can weaken the immune system, and some act a neurotoxin.

Mould doesn’t belong in homes, schools, or workplaces. They cause illness and generally prevents people from feeling as healthy as possible. However, children are one of the most vulnerable demographics to the dangers of mould. If you’re worried that your home may be contaminated, have an inspection today! The experts at Amity Environmental can help put your mind at ease.