We’ve blogged before about the different hazard classifications a mould can have. Basically, moulds are given a hazard rating A, B, or C. Class A moulds are the most dangerous types and directly cause illness in people. Class C moulds are not known to pose health risks to humans, but they still cause structural damage and may make pets ill. Class B falls in the middle: they are common allergens and over time most people will react and become ill. 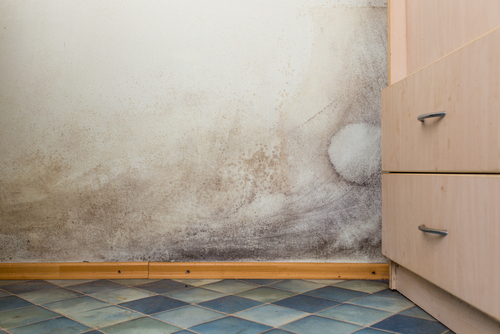 Many mould species have numerous breeds with many different characteristics. You can think of this as similar to how dogs are all dogs but still vary from toy poodles to huskies. This variety within species means moulds can fall between categories.

Class C or B Moulds.

Cladosporium is a diverse mould. It can grow on nearly anything and comes in numerous colours including green, brown, grey, and black. Cladosporium is a common allergen, but it isn’t particularly dangerous.

Penicillium is one of the best known moulds. Found on cheese, bread, and other foods, this mould led to the invention of penicillin and the age of antibiotics. It can be blue, green, or white in colour.

Ulocladium needs more moisture than other moulds and is often found around leaky windows. It’s grey or black in colour.

Alternaria is another mould that, like ulocladium, is generally grey or black in colour. This adaptable mould can be found in soil, on living plants, and growing on walls and around windows.

Class B or A Moulds

Aspergillus is a very common mould and comes in a variety of colours including grey, brown, yellow, green, white, or black. Some breeds of aspergillus will cause allergic responses in those with a weakened immune system while others release toxins into the air that can make anyone ill. It can grow on paper, insulation, walls, in soil, and even on clothing.

Acremonium thrives on damp insulation and drywall. It appears white, grey, or brown, and it spans all three hazard classes.

Stachybotrys is known colloquially as “black mould.” That name is of course a little silly, since 4 of the other 6 moulds we described can also be black in colour. Stachybotrys is one of the most hazardous moulds known to people. It requires a lot of moisture to flourish.

The moulds that commonly infest offices and homes all come in a variety of colours, and they each have a different effect on human health. It’s impossible to know for sure what kind of mould you have without having it tested in a lab, so Amity Environmental is here to help!

Have you found mould in your home or workplace? Call in the experts at Amity, we’ll take a sample of the mould, run tests back at our lab, and explain your best options moving forward. We can also help you remove the mould and explain how you should renovate your property to prevent mould ever growing again.