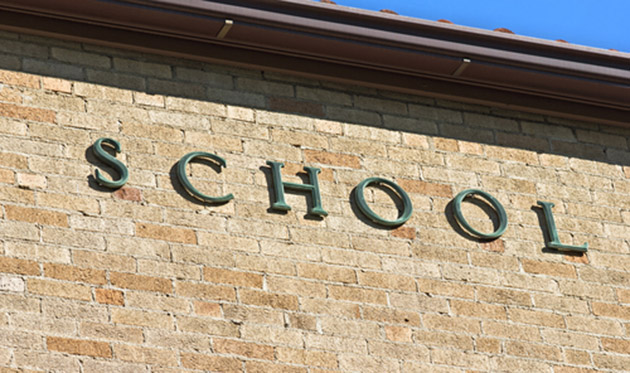 It absorbs sound, it’s stretchy, and it’s resistant to both fire and damage from electricity and chemicals. It’s also quite affordable. Humans began mining asbestos over 4000 years ago, and in the 19th century, it became very popular as a construction material.

However, as we became better at scientific research and medicine, we soon realized that asbestos is not the natural gift it first appeared to be. Prolonged exposure to asbestos can cause a lot of serious health issues. Inhaling the material can cause lung cancer, mesothelioma (cancer of the mesothelium – most commonly in the outer lining of the lungs and chest cavity), and asbestosis (the scarring of lung tissue). These major medical concerns have led to asbestos being outright banned or at least heavily restricted all over the developed world.

Canada was one of the world’s largest exporters of asbestos.

Many older buildings in Canada still have asbestos stuffed into their walls. Old Alberta schools are particularly at risk for not having had asbestos removed. In the United States, the use of asbestos was banned outright in 2003. Canada does not have such a ban and, despite our nation having one of the highest mesothelioma rates in the world, we continue to mine the mineral.

Because of the dangers present when working with asbestos, it is impossible for a school to have the material removed during the school year or any time students and staff will be in and out of the building. July and August are the only months a school could feasibly get asbestos removal services, but those are also two of the most difficult months to book. With July just starting, we want to remind all of our Alberta schools to be diligent and book now. Our kids are our greatest resource and making sure our children go to school in safe conditions should be a top priority for Albertans everywhere.

Not sure if your home or your student’s school is safe from asbestos? Remind your provincial representative that asbestos in our schools is a concern for you and call Amity Environmental today at (587) 892-7920 and have your own home tested.