If you’ve ever researched for mould or asbestos abatement experts in Calgary, you’ve likely noticed that almost all professionals who offer one of these services also provides the other. But have you ever wondered why? 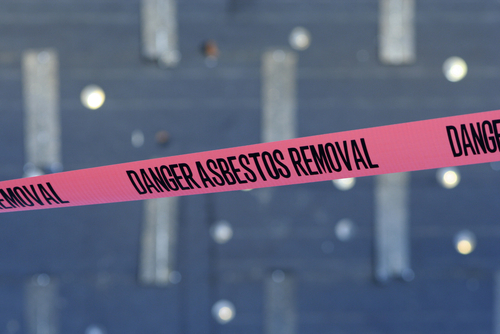 The Problem. Many moulds contain mycotoxins that can make people sick when inhaled. Asbestos releases particles that can cause nasty lung cancers. When you look at the problems, they’re really quite similar. A toxic substance is in a home or workplace; it releases particles into the air that are dangerous for humans. This substance needs to be removed quickly, effectively, and without causing more damage to the dwelling or occupants. Given that the problem is so similar, it probably won’t surprise you to find out that the solution and process for removing both asbestos and mould is also nearly identical.

The Process. If a homeowner thinks they may have mould or asbestos in their home, they should call in a local expert for an inspection. We can take samples from all over your home to run them in our lab, test air quality and humidity, and give your home a good visual inspection. We’ll let you know what we find in a couple days. If mould or asbestos does need to be removed, you’ll have to find a professional in your area. Often the same company that did the inspection can also help you remove the problem. However, under Alberta law, you will need to hire a licensed professional. This is because mould and asbestos experts know how to secure and remove the substances without further contaminating your home.

This knowledge is an important part of keeping your family healthy. Mould and asbestos are not safe substances to be around. In fact, the World Health Organization (WHO) estimates over 100,000 workers die each year from asbestos exposure. This doesn’t even count the countless family members and friends who may die from asbestos lingering on the worker’s skin or clothing. Which brings us to where mould and asbestos removal differs.

The Difference. The few mould spores that stick to clothing and skin aren’t pleasant. They can smell bad and look gross, but in small quantities, they aren’t dangerous. The same cannot be said for asbestos. That’s why if you need mould removal, your Calgary team won’t be setting up a shower, but if it’s an asbestos abatement job, they’ll be scrubbing down themselves and their clothing before heading home. These showers pay an important role in protecting a worker’s family.

Asbestos and mould removal can be scary stuff. But with the right tools, skills, and caution, they can be safely removed from your home or workplace. If you think you may need mould or asbestos abatement, call the experts at Amity Environmental today!