With hundreds of thousands of types of plants and animals, it would be strange if the fungi kingdom was any less diverse. However, a lot of homeowners tend to think if their home has mould it must be black mould. However, just like animals come in varieties of colours (just look at all the different dogs!), so do moulds. Thinking a black cat must actually be a labrador based solely off its colour would be completely absurd. Likewise assuming all moulds that happen to be black are in fact black mould is a bit presumptuous. That said, there are three families of moulds that tend to be more common. 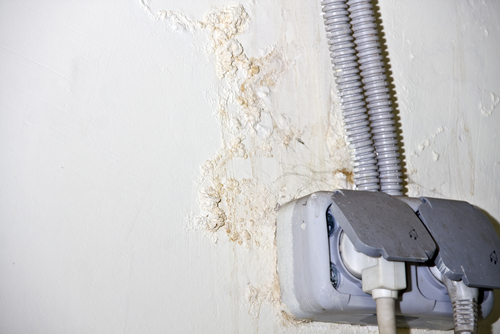 In biology, a family can be pretty big. Canines is a family of mammals that include everything from Fido to foxes, wolves, coyotes, and even jackals. When it comes to moulds, families get a lot larger than just a handful of different species.

Aspergillus is a common mould family that contains hundreds of different species. These mostly asexual moulds are vaguely sprinkler shaped under a microscope and do well in oxygen rich environments. They come in a wide range of colours from white to yellow to green to blue to black and everything in between. This family of mould is also a known human and animal pathogen.

Cladosporium is possibly the mould family we see most frequently. It’s hard to say for sure, but it’s definitely a common one. Cladosporium moulds are happy to grow both inside and outdoors and like Aspergillus come in quite the range of colours including black. This mould has the ability to cause skin infections and can develop into respiratory problems, but it’s generally pretty benign. However, any mould found in a home should be removed — even harmless ones — as they’ll pave the road for more dangerous moulds to follow.

Stachybotrys or the dreaded black mould is unfortunately also fairly common since it loves to inhabit materials rich in cellulose. Stachybotrys is a slimy mould and true to its nickname, the members of this mould family are usually black in colour. As most homeowners know since already as we gave you its black mould nickname, stachybotrys is one of the nastiest types of mould to have in your home. The moulds in this family can cause problems with your nervous system, all sorts of infections, and even death.

When it comes to mould growing in your home, it’s just too difficult for a layperson to tell one variety from the next. Fortunately, it doesn’t matter what type of mould you have, because either way it needs to go. Have you found mould in your home? The experts at Amity Environmental can help!