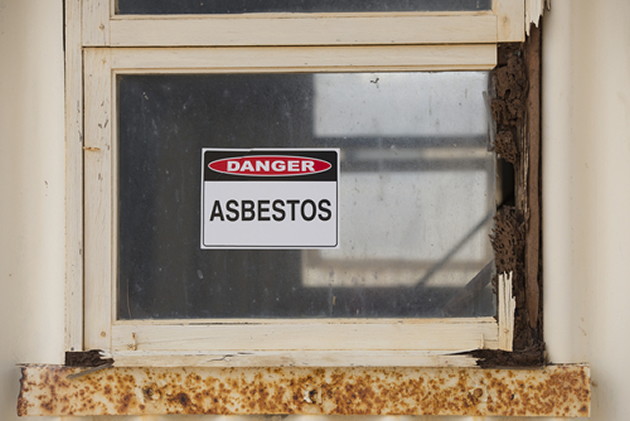 If you live in a home that was built in the last 10 or 20 years you don’t need to be concerned that it might contain asbestos.

However, if you own home that was built prior to the 1990’s, there’s a very good possibility that it contains asbestos in some of the materials used in its construction.

Even though its use in building materials was severely curtailed in the late 1970’s, stockpiled building supplies that contained asbestos continued to be used in Canada until around 1986. Asbestos was used in vinyl flooring, drywall mud, popcorn ceilings, and of course, in some furnace and heating duct insulation.

If disturbed, tiny asbestos fibres can be released into the air and then inhaled deep into the lungs where they can eventually cause lung cancer. If materials the contain asbestos are not crumbling they are generally safe. Unless they’re disturbed, they don’t pose much risk to humans.

However, during a renovation, building materials that contain asbestos can easily be disturbed, for example when a wall is knocked down or vinyl flooring is torn up. If you suspect that your home contains asbestos should you take it upon yourself to deal with it?

Certain types of materials such as popcorn ceilings are relatively easy to remove but if it’s not done properly asbestos fibres can be released into your home. It’s important to take steps to seal off the area, keep the material damp, and protect yourself with proper safety equipment. When asbestos is found in insulation or old vinyl flooring it’s far more complicated to encapsulate it or remove it without releasing asbestos into your home’s environment.

When it comes to asbestos, it’s better to be safe than sorry and not take the chance that you might accidentally release fibres into the air when you remove asbestos that you and your family breathe. Protect your family by ensuring that asbestos in your home is removed or encapsulated by professionals.

If you’re concerned that your home contains asbestos, contact Amity Environmental in Calgary for professional asbestos and mould remediation services.