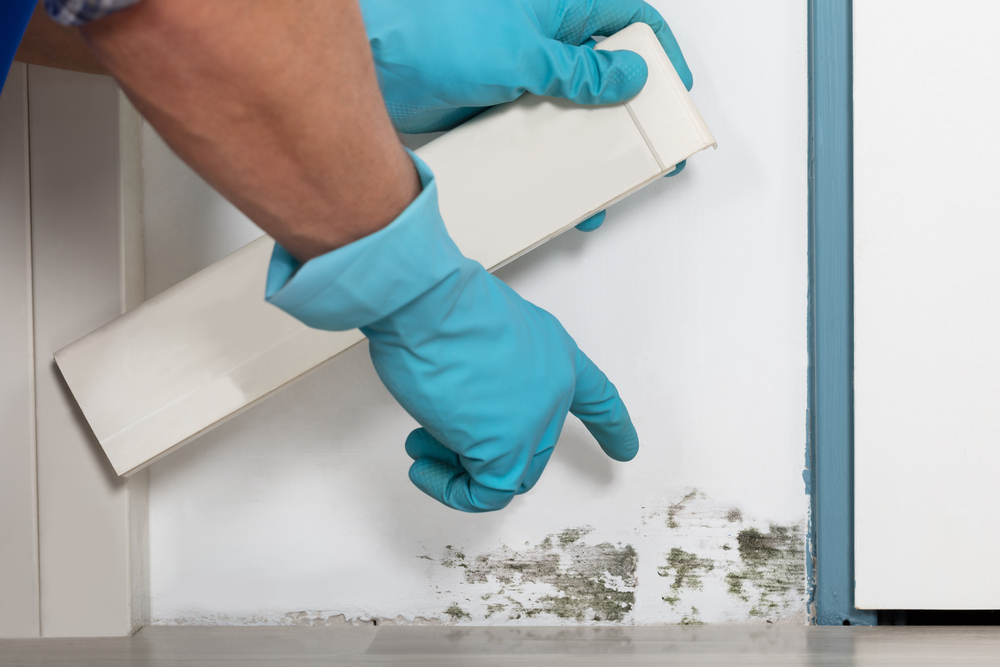 If you browse the internet you’ll find tons of lifehacks and stories about how to get rid of mould with bleach or by painting over the mildew. Of course, the problem is that these “methods” don’t actually work. They’re at best a band-aid solution that may buy you a little time.

Let’s start with the idea that bleach can solve a mould issue. First, you’ll need to understand that, like plants, the surface mould you can see is only a small part of the organism. The vast majority of the organism is going to be invisible and already rooted within whatever material the mould has taken over. Bleach may kill the surface mould, but if you don’t kill the roots — which bleach won’t do–and if you don’t remove the source of moisture, the mould will simply come back.

Painting is actually a worse “fix” than bleach. Not only does the wet paint add a nice boost of moisture for the mould, but most moulds will happily break down and eat paint. This means that, unlike bleach, paint isn’t even killing the top surface layer of the mould. It’s just offering a new source of food.

When a professional mould remover comes to your house, they’ll carefully inspect surfaces to make sure they find all of the mould. They’ll then remove contaminated surfaces (such as a piece of drywall) which can then be replaced with new material. Most importantly, they’ll explain the factors that lead to mould infesting your house in the first place. By following our advice, you’ll be able to ensure that your risk for mould problems is mitigated in the future.

When you have mould in your home, you need to make sure you’re working with a professional who will carefully make sure all of the mould is removed and work with you to ensure the problem doesn’t happen again. Mould is stressful, and we’d hate to hear about Albertan homeowners who have to deal with this challenge more than once. If you want to get rid of mould and make sure it never comes back, work with the professionals at Amity Environmental. Call us today at 403-667-8264.