Having an apartment with a mould issue is not a fun position to be in. And there’s a few reasons for it being as problematic as it is. Often, landlords aren’t aware that there is a problem until you find it. After they’ve been notified, they may not be quick to remedy it the issue either. There are at least a couple cases in Albertan tenant history where it took numerous notices and nearly two years to have the mould finally taken care of. Often, if mould is found in an apartment, your best bet is notify your landlord and move when your lease is up. However, in a city like Calgary, finding somewhere else to rent is difficult to say the least. Like many things, the best option is precaution and planning ahead. 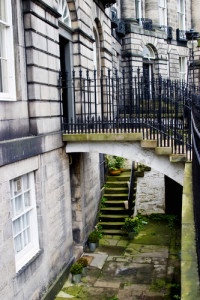 Don’t rent an apartment in a basement. Basements are often cooler than the rest of a home or building. Because they’re cooler, they’re more at risk for condensation forming on the ceiling and walls. If there is a lot of rain that year, a basement apartment is also more likely to flood. If you know that the building you’re looking at has had mould problems in the past, it’s best to stay clear of the building completely. Spores and mycotoxins from the basement can reach even the highest floors.
Do check if the fans in the kitchen and washrooms are working. If they aren’t, request that the landlord has them fixed before you move in. It’s always a good idea to put these kinds of requests straight into your lease as a condition. Do check how old the carpet is. The older the building and carpet, the higher the risk that mould is growing beneath. As with fans, request that your landlord replaces the carpet if they’re over twenty years old or in bad shape.
It’s unfortunate that finding a vacancy in Calgary is so tricky, but hopefully these tips still help you pick out an apartment that will be safe and mould free during your time living there. If your home has a mould problem, the experts at Amity Environmental can help. Call us today at (587) 892-7920.