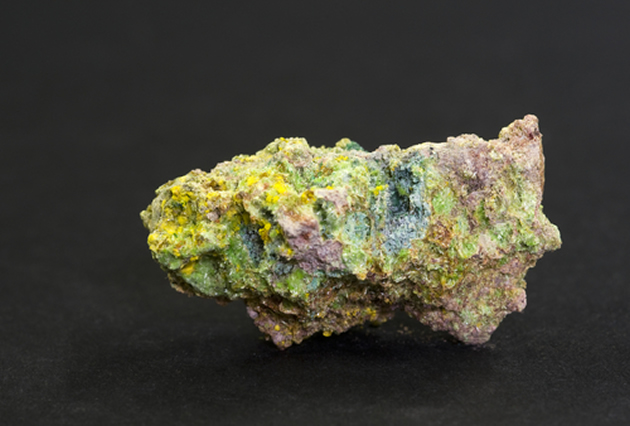 A long time ago, alchemists thought it was possible to turn lead into gold. They also believed in the existence of a philosopher stone and an elixir of youth. It’s not hard to see when looking at these ambitious goals that alchemy differed from modern science more than a little bit. However, in many ways alchemy was the caterpillar that would slowly change into our modern chemistry and medicine. The basic lab techniques and much of the terminology and methods that alchemists used are actually still around today. However, while it isn’t possible to turn lead into gold (at least not yet), in nature elements do decay into other elements.

Radioactive atoms like those found in uranium and thorium slowly releases alpha particles (basically a helium atom with no electrons) until they eventually becoming an isotope of lead. An isotope has the same number of protons as regular lead but differing numbers of neutrons.

Why Does this Matter? Well, as these large elements slowly decay into lead, they often actually get more radioactive. This is because they also release decay products. A decay product is an isotope that is created somewhere between the original radioactive element (usually uranium) and lead. Remember that as uranium decays it releases an alpha particle. An alpha particles contains two protons and two neutrons. So, since which element is which is determined exclusively by the number of protons, when uranium (element 92 because it has 92 protons) loses two protons by releasing an alpha particle it becomes thorium (element 90 because it has 90 protons). When thorium (90) loses an alpha particle(-2 protons), it decays into radium (88). The two neutrons that are also lost with each alpha particle don’t matter as much. For average Canadians the biggest problem arises at the next decay product: radon (radium 88 minus 2 protons in the alpha particle creates radon 86).

Why Does this Affect You? Radon is a noble gas. It’s also radioactive, and it can be a potential health hazard everywhere uranium naturally occurs. Where does uranium naturally occur? Everywhere. It’s one of the most common radioactive materials on earth. Canada has an especially high amount – so high in fact that it was actually Canadian uranium used in the atomic bombs detonated by the US over Japan at the end of world war II. Canada is the second largest producer and miner of uranium in the world. The problem is that not all uranium is going to be mined. And, since radon gas cannot be seen, smelled, or tasted, it can leak into your homes through cracks, joints, gaps, drains, and any other tiny holes in your house and foundation. It can also leak in through dirt floors. A little bit of radon gas is fine, but a lot of it can cause major issues. The amount of radon gas in your home is affected by a few different things. How much uranium is in the earth around you? How many points of entry does the gas have into your house? How well ventilated is your home?

How Does this Affect You? It affects you because radon gas is the second leading cause of lung cancer in Canada. How high the concentration of gas is in your house is and how long you are exposed (as well as whether you smoke) greatly affects your particular risk. For a non-smoker, long-term radon gas exposure gives you a 1 in 20 chance of developing lung cancer. For smokers, the odds are closer to 1 in 3. The fact is, almost every house in Canada is going to have some radon gas. Usually this isn’t a problem, but when it builds up it’s dangerous, and just like carbon monoxide, it’s completely undetectable to an unaided human until it’s too late. Luckily, you can purchase radon testing kits from your local hardware store for around 30-60 dollars.

However, if you’d rather leave it to the professionals to make sure your search for radon gas is accurate and covers all the nooks and crannies in your home, call Amity Environmental today at (587) 892-7920.