Moulds and fungi like spiders, turn a lot of people off. They smell nasty and spread rot everywhere they go. Moulds are used in products like some antibiotics and cheese, but we usually think of them as a nuisance that destroys food and property. However, despite the problems mould can cause in our house and to our health, many people aren’t really aware of the truths behind mould. Myths have this nasty habit of sticking around, especially with the internet to help recirculate them every year, but here are the facts! Hopefully you can use them to help a facebook friend taken in by whatever mould myths go around this year! 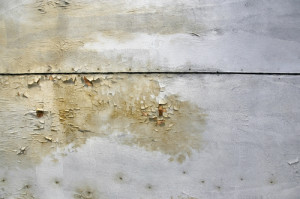 Myth One: Use Bleach to Kill Mould. This is a pretty common myth and it’s not hard to understand why. Bleach is often seen as a universal disinfectant and cleaner; so good in fact that it can’t be used on a lot of things since it’ll take the colour right out of the dye! Consuming bleach can easily kill a person, it’s hard to imagine why it couldn’t kill mould.

The Facts: Most household bleach is made from a solution that is mostly water and a small percentage of sodium hypochlorite. While often the surface mould will be killed, the water in the bleach will help the roots of the mould grow back quickly. Beyond that, as long the leak or whatever is providing the mould with moisture isn’t repaired, the mould will grow back again and again.

Myth Two: Painting Over Mould will Seal it in. Some homeowners feel that all it takes to get rid of mould is a fresh coat of paint. They think the paint will seal in the mould and cover the ugly appearance so problem solved. However, in reality, problem very much not solved.

The Facts: Mould can actually eat paint. It may prefer the paper in drywall or the wood 2x4s, but it also has no problem breaking down the paint and consuming it. Just like bleach, this is a temporary solution to a very permanent issue. Mould needs to be stopped at its source. The mould completely removed by an expert and the cause — the moisture source — removed or repaired.

Myth Three: Only Black Mould is Deadly. We’ve talked quite a bit about how different moulds have different hazard levels, but this is still a strongly prevailing myth. People believe that only black mould is harmful, and this could not be further for the fact. Moulds come in all kinds of colours: white, orange, blue, black, and others beyond, and there are over 100 000 varieties of mould. Seems a bit unlikely that of 100 000 varieties only 1 would be black or that all the black ones would be deadly, doesn’t it?

The Facts: There are hundreds of varieties of moulds that appear black. Some are very dangerous; some are mostly benign. There are also moulds in the many other colours that release mycotoxins that are dangerous to human health. Regardless of the mould’s direct impact on people, no mould should be left unattended. Given enough time, mould will decay a structure beyond repair, and often, people with allergies or weakened immune systems like children or the elderly, experience cold symptoms when exposed to mould.

Mould can grow everywhere. Mould spores are everywhere. They’re inside our homes and outside in the park. Whether you live by the ocean or in the desert, there is a possibility of mould growth — though of course risk factors are going to vary greatly. However, whether you live by the Pacific or two hours from the Rockies in the heart of Calgary, no one should live with mould in their house. If you’ve discovered mould either by sight or smell, it needs to be dealt with. Call Amity Environmental today at (587) 892-7920