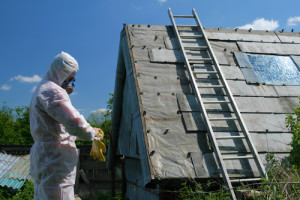 Calgary asbestos removal isn’t in the news nearly as often as it used to be, but that doesn’t mean it isn’t an ongoing concern for homeowners and building managers throughout Alberta. In fact, there are still a number of important misconceptions when it comes to getting rid of asbestos in a home, building, or facility.

Here are four things every homeowner should know about Calgary asbestos removal:

1. Asbestos is more common in residential buildings than you might think. Although homeowners tend to associate asbestos with the ’60s and ’70s, the fact of the matter is that it wasn’t outlawed in residential construction until the ’80s, and even then manufacturers were given a number of years to comply. That means that asbestos remains in more Calgary homes than most people would think.

2. Asbestos removal isn’t really a “do-it-yourself” job. Although it’s not strictly illegal to remove asbestos from your own home in some areas, it’s also not a very good idea. Taking asbestos out of any building is an intensive job that requires special training and special equipment. Doing without either poses significant risks to your personal health, as well as the health of anyone who lives in or spends time in the home.

4. You don’t want to wait longer than you should to look into Calgary asbestos removal.This goes without saying. Asbestos has become well known because of the health risks and deaths associated with its use. If you need asbestos removal, don’t wait to deal with it and find out later that you should have acted right away.

To learn more about how we get rid of asbestos quickly, affordable, and safely, make a call to Amity today.