If you’re familiar with our blog, then last month you probably read about the different hazard levels that each mould is classified under. Some of these moulds were deadly while others posed no real risk to humans. Which may lead some Calgarians to wonder, well why remove non-deadly mould at all? While Hazard Class C moulds are certainly less problematic than a Hazard Class A mould, here are some reasons you should still have any mould removed. 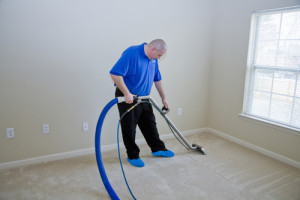 Allergies. While not all moulds release mycotoxins, many people are allergic to the spores of more benign moulds. Being in a house or workplace that is infested with mould will cause cold like symptoms that generally get better when time is spent away from the place. Runny nose, scratchy throat, and goopy eyes are all to be expected. Children, the elderly, and those with a weaker respiratory system such as asthmatics are all at a great risk.

Smell. Even if you aren’t allergic to the mould spores, you’ll likely not appreciate the smell of decay. Mould and decomposition in general do not smell nice. Our brains evolved to effectively detect mildew and rot because it’s so often unsafe to eat and be around. The spores will also get in your clothes, so you’ll be carrying the smell of mould with you wherever you go.

Structural Integrity. If allergies aren’t an active problem for your family and you can live with the smell of mildew — and even if you can’t, structural integrity is probably the most important reason to have mould removed. Moulds and fungi in general get their energy by breaking down the organic components found in the drywall, wallpaper, fabrics, wood, and other materials in your home. Left too long, even the least dangerous mould will cause parts of the home to rot and fail. The longer the mould is left the further it will spread and the more damage it will cause. Frankly, you’ll just save money by removing mould sooner rather than later.

Mould regardless of hazard class, should not be in a home. While this is more true when individuals with weaker respiratory systems or allergies live there, it’s simply a fact for everyone. If you discover mould in your home, call Amity Environmental at (587) 892-7920 and have it removed today.