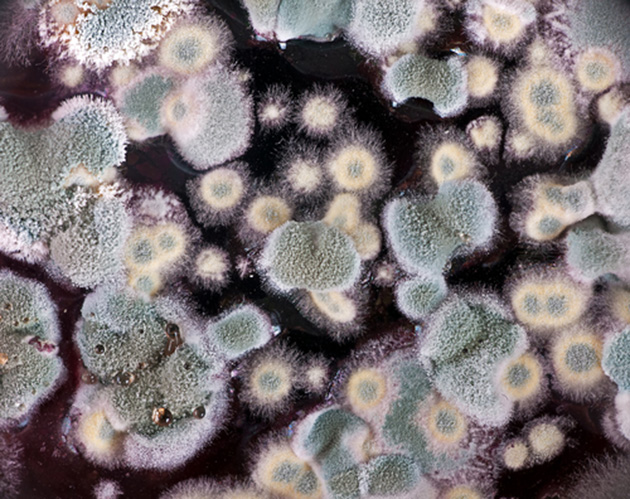 We’re all aware of the health risks presented by mould in our homes.

Exposure to high levels of mould spores and the toxins produced by moulds can cause symptoms like a dry cough, nose and throat irritation, itchy watery eyes, respiratory problems, and skin rashes. Some people are more sensitive to mould than others and cannot tolerate even a very low level of exposure to mould.

A recent study by researchers from the University of Alabama in Birmingham and published in the World Mycotoxin Journal in 2013 shows a possible link between mould and the spread of AIDS in Africa and Asia.

Aflatoxins are a group of carcinogenic mycotoxins that are produced by aspergillus fungi that commonly grow on damp corn, nuts, grain and beans. It’s very common in damp, humid warehouses where food provided by humanitarian organizations is stored throughout Africa and Asia. High doses of aflatoxins can be fatal and even low exposure has been linked to liver cancer. Aflatoxins are also known to suppress the immune system.

The University of Alabama study seems to indicate that patients who were recently infected with the AIDS virus are 2.6 times more likely to have a higher load of the HIV virus in their blood. That means they are more likely to pass AIDS on to others, and to develop AIDS sooner. It’s believed that aflatoxins either produce proteins that make it easier for the HIV virus to reproduce or they reduce the number of white blood cells, making the HIV virus more potent.

It should be noted that further study is required to establish a definite link between aflatoxins produced by aspergillus fungus and the spread of AIDS. However, the body of evidence that shows that mould can pose a very serious health risk continues to mount.

If you are concerned that you may have a problem with mould in your home, contact Amity Environmental in Calgary for professional mould inspections and remediation.