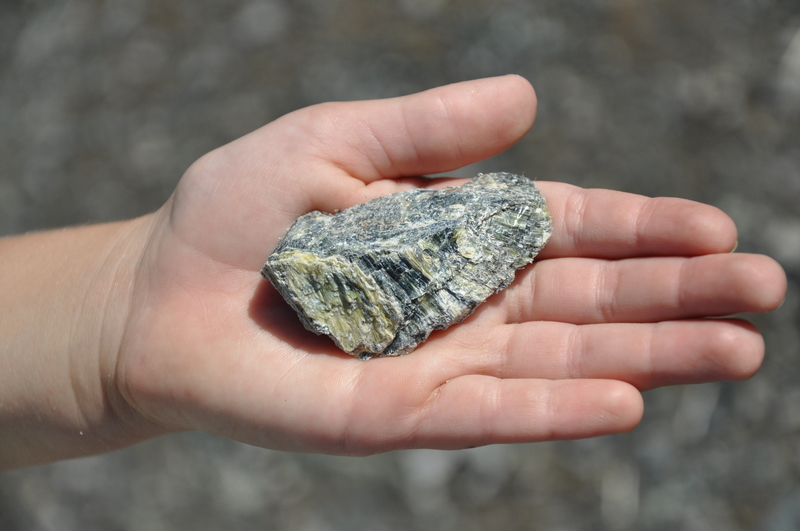 Asbestos is technically the name for six different minerals with similar structures. You can think of “asbestos” similarly to how “dogs” refers to many, many different animals with a wide variety of characteristics, but who have the most important traits in common. Of the six types of asbestos, three have been commonly used throughout history.

Crocidolite, also know as blue asbestos, is widely accepted to be the most dangerous form of all asbestos minerals. Every mineral in the world has a specific structure and shape. Table salt is always a cube. Sugar is diamond shaped. Crocidolite has a needle sharp structure that is nearly impossible for the body to remove once the fibers are inhaled or ingested. Crocidolite is very strong, durable, and fire-resistant. It was popular in rope lagging, thermal insulation, spray-on fireproofing, and even used to insulate steam engines.

Amosite, or brown asbestos, is the second most commonly used asbestos and also the second most deadly variety after crocidolite. Like blue asbestos, amosite has a needle sharp structure that easily punctures and scars the lungs. Amosite has exceptional heat resistance, even by asbestos standards, and it was used as fire retardant in thermal insulation products. However, in the mid 1980s, it was banned in many western countries. It was also a popular choice for ceiling tiles as it helped protect the building from fire.

Chrysotile, known as white asbestos, is the most commonly used asbestos. Chrysotile is still not technically banned in Canada (as of 2017), and the last mine in Canada didn’t close until 2012. When people talk about “safe asbestos,” they’re usually talking about chrysotile. Unlike amosite and crocidolite, white asbestos has a curled mineral structure which makes it more difficult for the chrysotile dust to lodge into the lungs. However, it’s important to not mistake more difficult for impossible. As white asbestos is the most commonly used, it’s also the most common cause of asbestos related deaths — including lung cancer and asbestosis. While a person will need to be exposed to more chrysotile than other forms of asbestos before increasing their risk for developing cancer, that doesn’t somehow make white asbestos safe. Like all forms of asbestos, chrysotile is dangerous and kills thousands of Canadians.

If your home or business has asbestos — any asbestos, it’s a good idea to have it evaluated by the asbestos experts at Amity Environmental. We’ll be able to tell you whether the asbestos is safely contained, or whether it’s releasing dust into the air. That way you can make an informed decision to keep you, your family, and your employees safe. Call us today!