You might think that at Amity Environmental, we would take the stance that the only safe asbestos is no asbestos, and you wouldn’t be entirely wrong. However, we understand that not all asbestos is equal. Some forms are simply more dangerous than others, and many other factors also contribute. Today we’re going to try and explain what contributes to risk and when asbestos is most dangerous. 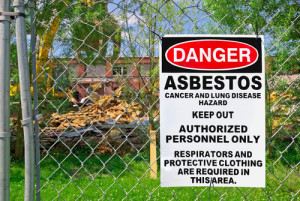 What are the Factors? Most of the key factors that determine a person’s risk for cancer and the other nasty illnesses caused by asbestos are quite logical. Dose or how much asbestos an individual has been exposed to is the most important factor followed by duration. The duration describes how long the person was exposed. Many schools, universities, and other older buildings have asbestos, so even if your home is safe, students and professionals alike can have years of exposure. The type of asbestos matters as well. Blue asbestos is generally considered the most dangerous. White asbestos is safer since it’s less likely to release particles into the air. Personal risk factors such as whether the individual smokes or has a pre-existing lung condition also makes a big difference.

Least Risky Forms. Throughout history, asbestos has been used in almost every part of the house at one time or another. Some forms are simply safer than others. Since asbestos is most hazardous when it can be easily released into the air, it stands to reason that when used in something hard and rigid, the asbestos is more safe. And it’s true. Floor tiles, ceiling tiles, undamaged laboratory countertops, shingles, fire doors, and siding shingles are some of the safer places to have asbestos. As long as they are undamaged, no asbestos can be released into the air. However, keep an eye out for water damage and make sure to never drill, grind, cut, saw, or even strike these surfaces.

Most Dangerous Forms. Insulation is likely the most dangerous form of asbestos still used today. Whether it’s pipe insulation or spray insulation, this is one form of asbestos to avoid. Sometimes these forms are wrapped or “sealed” in plastic, however, if the plastic become denatured in anyway from heat or a chemical reaction or if it is cut or torn, then it provides no additional protection. Isolating this form of asbestos is not a reliable alternative to replacing it with another safer insulation.

Asbestos can be dangerous. The experts at Amity Environmental can help keep you and your family stay safe. Call today at (587) 892-7920.